Character Work - Intensifying Yourself for the Sake of Art

I think it is important for me to begin this blog post with a very important disclaimer: Before you decide to intensify anything for the sake of art, you have to ask yourself if it is worth it.

Many great artists of our time make a choice - conscious or not - to dive deep into a facet of the human experience, or rather they dive into a hole of the human psyche, and when they come back to the surface, they scrape out every bit of experience they can to regurgitate it into art. Artists do this because the only way to truly understand something completely is to test it in the world, to spit it out and see what the mirror of society throws back at you. In some cases, this can be beautiful and inspiring. In other cases, it can be really concerning and uncomfortable for people. If artists are the explorer's of the human experience frontier, there is no guarantee that everything they find will be a delightful token to place on a middle class family's coffee table.

Human nature is wonderfully chaotic - and I don't intend to use the word "wonderfully" in its typically colorful fashion, either. We're talking the type of wonder that causes you to actively halt your entire world view because a new piece of logic has been introduced that may in fact contradict the entire structure you've built to define the world around you. This uncomfortable sense of ambiguity causes you to "wonder" what else has been viewed in an improper light. This can lead to often negatively viewed emotions such as embarrassment, anger, anxiety, etc.

In fact, there are many works of art that at the time of their creation were considered to be hellish in nature, and were locked away in hopes that it would never reach the surface and disrupt the social narrative that was in place at the time. Over the years, these works of art would in fact surface and become extraordinarily important. These artists live in infamy long after their deaths.

People enjoy killing the messenger when they don't like the message that is being received. People are only willing to play nice once the information has had time to settle and become neutralized.

Now that you've been warned, let's ask the tough questions. Read the following questions with the idea in your head that you are building a character that exists beside yourself:

2. Are you ready to be open minded to what truths you will discover when you're going undercover in this character?

4. When you clock out of this character, will you remember who you are?

Artists are absolutely necessary and NEEDED in the human experience. We are gifted with this intangible thing called consciousness that no one REALLY understands. There are scholars working away, trying to uncover its meaning and consequences from all different facets. We've got anthropologists, sociologists, psychologists, physicists, mathematicians, geologists, geographers, and PLENTY more trying to crack this case by removing themselves from the equation.

But remember one of the most important laws of science: The very moment you simply observe something happening, you're changing its essence and its properties. There is absolutely no way to observe something without tainting it. Even if you're not breathing on it, or actively engaging it - you being there causes a butterfly effect of change.

Most scientists understand this, and yet STILL try to explain it away by "studying in a vacuum" or "adding an extra chapter to their text about what influences they think they had by simply existing about the subject of study".

Artists understand they are a part of the system and AMPLIFY their being in the subject of their study. Artists are messy.

As an instructor and performer of movement based art, I've never been known for having cool "tricks" or being especially strong / athletic. But as the caretaker of the character I created, Marina Mars, I'm often times asked how she does the indescribable thing she does on stage. There is no particular "trick" or "exact movement" that occurs to set me apart from any of my peers.

This seemingly indescribable thing is my character.

To be clear my muggle self, Marilyn, is a very different person that has not often been credited for doing much of anything spectacular. Marina Mars is the combination of the thousands of inspirations I've been collecting over the years. She is the feeling you get when you're listening to a song that brings you to tears. She wears the jacket that makes your body feel like a goddess. She is the feeling of sunshine hitting your back on a cold day. She is a being of the extreme emotions that forces you to feel vulnerable and human. She is never a lukewarm bowl of oatmeal or the feeling of getting lost in the crowd. She may not be your favorite (and she definitely doesn't care if she is), but she will leave a strong impression.

She is an unsustainable creature that I only have the energy and life experience to be for small doses at a time. She is honestly a leech that sucks me dry for the sake of art.

There isn't much else I am willing to write about character work, as this is a service I prefer to provide on a case by case basis since there is NO SUCH THING as a formula that fits everyone. If you'd like to work with me on character work, send me an email, and we can talk. 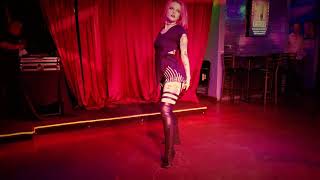 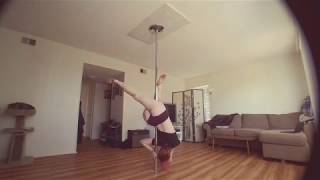 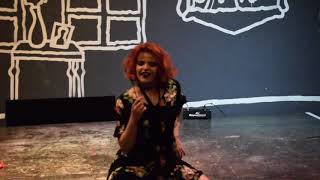 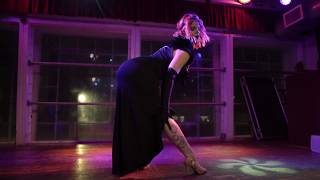